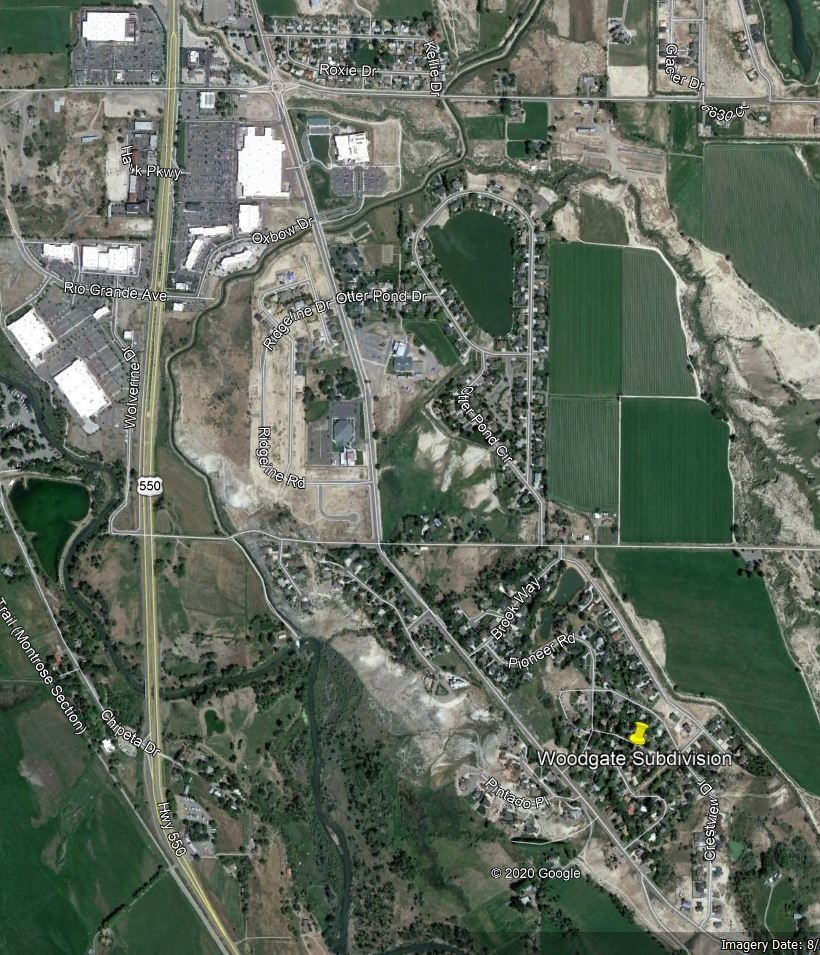 The Woodgate Subdivision is situated along the eastern side of Woodgate Road south of Otter Road. The neighborhood was originally developed in the mid-70s under Monrose County regulations with a sanitary sewer collection system running to a local sewage lagoon. Changes in public health requirements forced this lagoon to be abandoned in the early 90s at which time the neighborhood was annexed into the city and a sewer main was extended to the neighborhood. With this annexation, the city inherited operation and maintenance obligations for the sewer collection system.

The original sewer system was built primarily with thin-walled plastic irrigation pipe (PIP) and was not built to any established standard. As a result, the system has continually had maintenance issues due to root intrusion, improper pipe support, collapsing pipes, separated joints, and protruding or unsealed service connections. Furthermore, the sewer system was constructed with poor access in areas between or behind several private residential lots, and line locations were never formally mapped.

In response to these issues, this project performed a general rehabilitation of the sewer system to improve line durability, efficiency, reliability, and accessibility. Work included spot repairs where pipe failures had occurred, new manholes and cleanout basins, and the use of trenchless technologies to replace or line existing pipes. Pipe bursting and cured-in-place pipe (CIPP) lining systems were used to limit disturbances to adjacent residences.