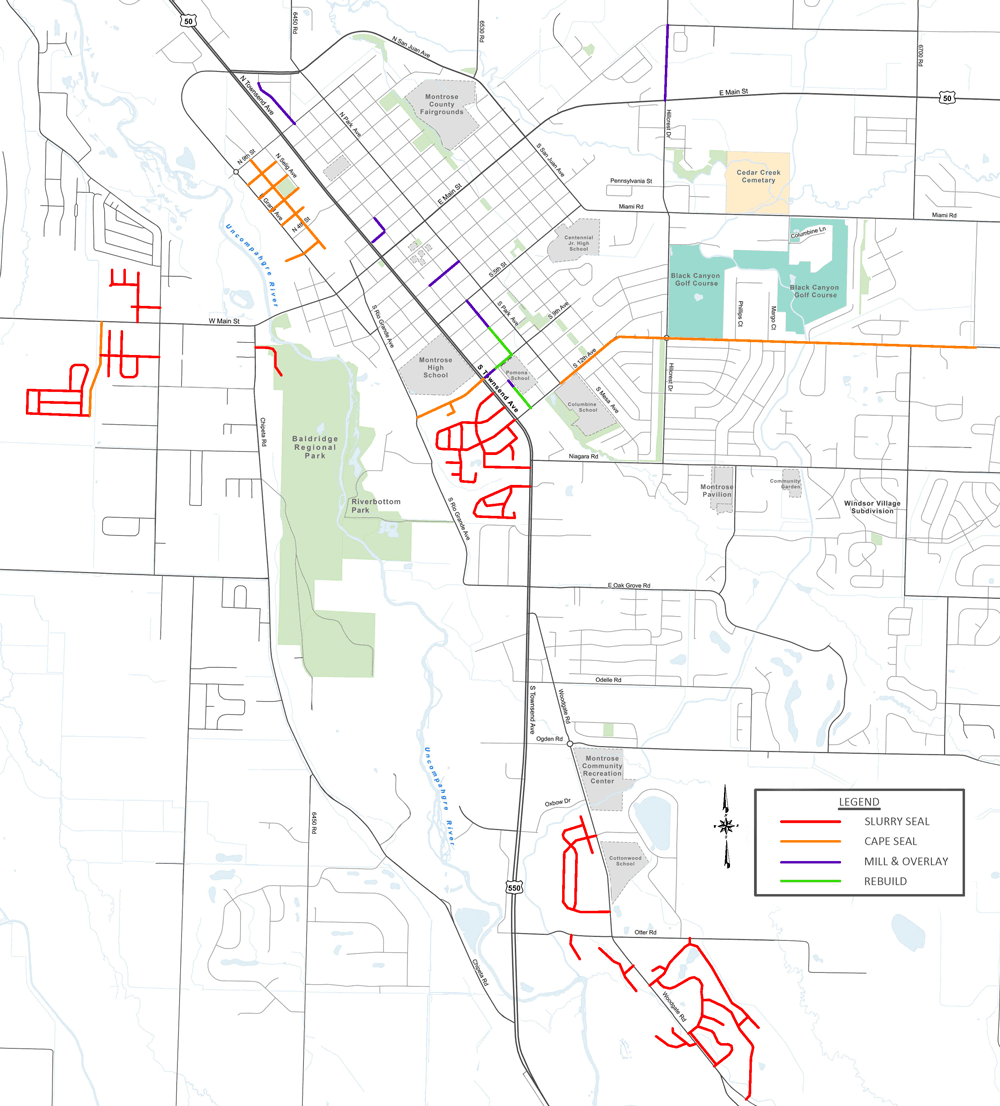 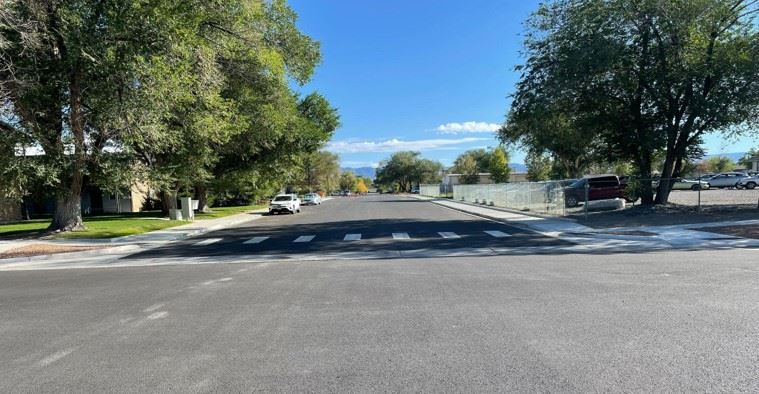 Starting in 2018, the City of Montrose developed the Moving Montrose Forward (MoveMo) initiative which placed a renewed focus on street maintenance, reducing traffic congestion, and improving pedestrian and vehicular mobility throughout the community. As part of this effort, each year the city hires contractors to perform some of the larger-scale and specialized street maintenance construction. This contracted street maintenance work is in addition to typical routine maintenance activities performed by the city’s streets department.

Slurry seals are a combination of a fine aggregate and an asphaltic binder that work to smooth out surface irregularities and protect the roadway from water intrusion and UV degradation. Slurry seals are used in lieu of chip seals within residential neighborhoods given the public’s general dislike of chip seals and a chip seal’s lower effectiveness in areas without high traffic volumes to press in the chips. Cape seals are used on higher volume roadways or those with heavier degradation and include a chip seal first, followed by a slurry seal several weeks later.

Rebuilds are used when the existing pavement has deteriorated to a level that is cost-prohibitive to repair and requires removal and replacement of the existing pavement. Rebuild sections will often include the repair or replacement of damaged concrete. In some instances, rebuilds will also include the installation of new sidewalks and ADA curb ramps, where appropriate. Overlays are limited to areas where the pavement and adjacent concrete may be showing signs of fatigue but are still maintainable. Overlays include milling the existing pavement surface to accommodate a new layer of asphalt and removing any surface irregularities.