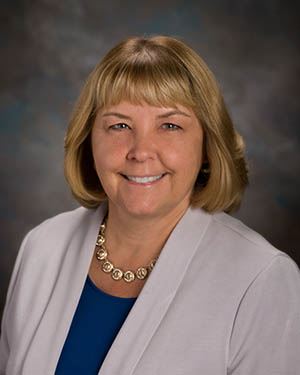 Lisa was elected to serve as president of the Colorado Municipal Clerks Association (CMCA) for the 2018-2019 term after serving on the CMCA Board of Directors from 2013-2018.  She currently holds the position of past president on the CMCA board, is a member of the Education Committee, Annual Conference Committee, and Past Presidents Council.

As city clerk, Lisa is the designated election official for municipal elections, is the custodian of city records, serves as clerk to the City Council, administers a variety of licenses and permits, and oversees private use of city facilities and right-of-ways.

Lisa’s career with the City of Montrose began in February 2007 as a records technician for the Montrose Police Department. Prior to moving to Montrose in 2006, Lisa worked for a variety of government entities including Plateau Valley School District 50, in Collbran, Colorado, Mesa Water and Sanitation District in Mesa, Colorado, the State of Colorado Habitat Partnership Program, and Dinosaur National Monument, in Dinosaur, Colorado.

Lisa and her husband, Renzo DelPiccolo, area wildlife manager for Colorado Parks and Wildlife Montrose Service Center, have two children. Their daughter, Nina, is on the management team of the Renaissance Fort Lauderdale Cruise Port Hotel in Fort Lauderdale, Florida. Their son, Nico, is in a surgical residency program at the Mayo Clinic in Jacksonville, Florida.