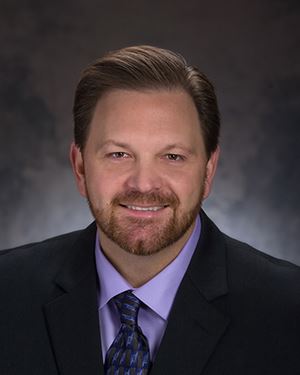 Bill has worked in public administration for approximately 21 years and is a recent Past President of the Colorado City & County Managers’ Association (CCCMA) and of the Colorado Municipal League (CML). Bill currently serves on the Government Affairs & Policy Committee for the International City & County Manager’s Association (ICMA) and is President-Elect of the Montrose Black Canyon Rotary Club.

Bill was born in Delta and spent his childhood on dairy farms in Cedaredge and in the Clifton-Palisade area where he learned to love and appreciate the lifestyle of western Colorado. Bill eventually moved to Evanston, Wyoming, where he finished high school.

After high school, Bill attended the University of Wyoming and earned a Bachelor’s Degree, double majoring in Psychology and Criminal Justice. Bill then furthered his education by attending the Pepperdine University School of Law for three semesters, where he studied contract law and conflict resolution, including a summer program in London, England. He then returned to the University of Wyoming to earn a Master’s Degree in Public Administration while teaching classes in Criminal Justice and Psychology.

Before entering city management, Bill worked as a graduate teaching assistant in the Criminal Justice Program at UWyo, as a forensic psychiatric technician for the State of Wyoming psychiatric facility, as an assistant county planner, and as a graduate policy assistant for the Colorado Governor’s Office of Policy and Initiatives under Governor Bill Owens, providing technical support to school administrators involved in TAGLIT, a non-profit program that assessed the technological needs of individual schools, as well as coordinating a statewide mental health and elder guardianship task force.

Bill’s first position as a city administrator was with Grant, NE. He and his wife Melanie then moved to Wisconsin to be nearer to her family pending the birth of their first child. He was employed as village administrator of Turtle Lake, WI before taking the position of city administrator in Rhinelander, WI, which is where he was working prior to assuming the Montrose City Manager role in 2011.

Bill’s wife Melanie is currently a teacher at the Living Word Lutheran Church Preschool, but her formal education is in the field of Therapeutic Recreation. Bill and Melanie have two children: a son named Connor and a daughter named Sydney. The family is rounded out with two dogs (Boston Terrier and Tibetan Spaniel), two cats, and a rabbit. Bill is a longtime Rotarian and enjoys being outdoors, traveling, playing various sports, and spending time with his family.