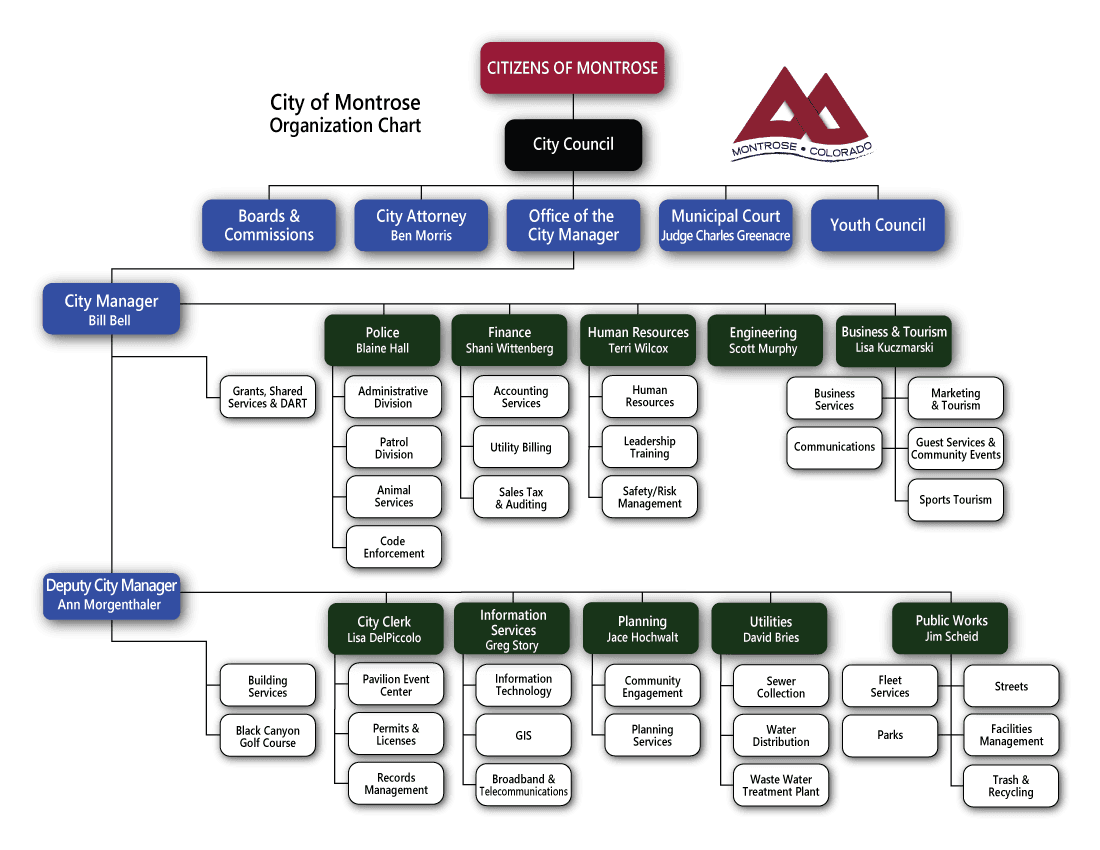 The City of Montrose operates under a council/manager form of government. This system of local government combines the strong political leadership of elected officials in the form of a council, with the managerial experience of an appointed local government manager.

The city manager is appointed by the City Council and acts as the chief executive and administrative officer of the city. He has the responsibility to see that the council's policies and procedures are administered effectively and efficiently.

Promoting the Montrose Lifestyle by providing innovative and service-oriented leadership for a vibrant community.

The City operates under the direction of a diverse group of professionals who bring a wealth of education, experience, and enthusiasm to their respective roles. We invite you to learn more about each member of the city's management team.