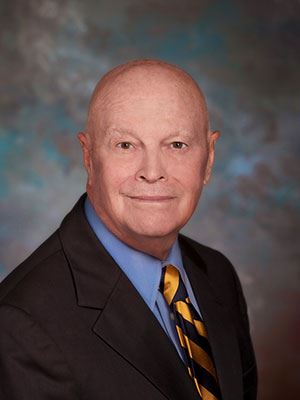 Following law school J. David Reed and his wife Debbie, his rock, moved to Montrose and started a family. Reed established his own law practice and served organizations, communities, businesses, and individual clients across the Western Slope, including offices in Montrose, Ridgway, and Telluride, for nearly 40 years. He continues to practice law in Montrose today and Debbie is a local realtor.

The Reeds brought up their daughter Kate in Montrose. Kate was the youngest member ever, male or female, named to the U. S. Ski Team, traveled around the world as a World Cup athlete, and is a former U.S. National Champion in Freestyle Aerials. She is married to Brian, also a former U. S. Ski Team member and Olympic Freestyle Aerialist. Together they have two children, Ryder 7, and Landry 6 – who are keen skiers as well. Apart from being proud parents and grandparents Debbie and David are also passionate animal lovers and have two white German Shepherds, Rio and Jacob, who keep them on their toes.

Over the years the Reeds have sought to serve their community. This has culminated in David offering his services to many impactful local organizations and has led him to serve on numerous boards including the Montrose County School District School Board, the Montrose Community Foundation Board, San Juan Healthcare Foundation, Black Canyon Boys and Girls Club, CMU Montrose Advisory Council, Chairman of the CMU Board of Trustees and former Mayor and member of City Council. Working with these organizations, their staff, and other board members has equipped David with the right tools to bring his experience and expertise to better serve our community.

David was appointed to the Montrose City Council in 2021 after a previous council member resigned his seat. As required by law he is now running for election so that he may continue to serve Montrose in this capacity. Although David is running unopposed, he does not take this office for granted and he is looking forward to the opportunity to engage with constituents throughout the election. He intends to continue to bring thoughtful, effective leadership to the role and pledges to continue to meet the new challenges presented with careful consideration to find solutions that will help all of our community to grow and prosper.