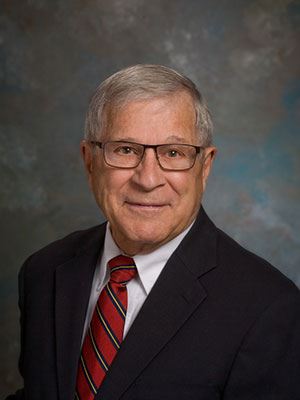 Doug was born and raised in Iowa and came to Greeley, CO in 1958. He enrolled in what at that time was Colorado State College of Education. During this time he met his future wife Sandra and they were married in June of 1960 in Denver. Doug and Sandra have two children, two grandchildren, and three great-grandchildren.

Doug received a Bachelor of Science degree in Business Administration from the University of Phoenix in Tucson, AZ. He also completed several Police Academy classes and training in Emergency Management.

Doug worked as an electrician and had a State of Colorado Electrical license for 50 years.  In 1966 he went to work for IBM in Boulder, CO. During the 30 years that Doug worked for IBM, he was transferred from Boulder to Tucson, AZ and the Dallas, TX area. He did construction management, physical and intellectual security management and managed safety, security, and emergency management for several locations in the Dallas area as well as managing the electronic access for IBM locations in a six-state area. After retiring from IBM, Doug and a friend started their own business in furniture repair, striping and refinishing for six years before retiring again.

Doug also was elected to four two-year terms to the Town Council of Trophy Club, TX. Doug and Sandra then moved to a retirement community south of the Dallas area where he became a volunteer fireman and the fire department treasurer. He was also the chairman of the golf course greens committee and assistant building inspector. They moved back to Colorado in 2004, deciding to call Montrose home.

Doug believes his education and experiences in work and public office will be a great asset in working with other Council members, staff and the public to improve the future of the Montrose community.